I was intrigued by this month’s T-SQL Tuesday topic presented by Ewald Cress (b|t) “Folks Who Have Made a Difference”. Digging a bit deeper the comment of “Who has made a difference in your career?” was made.

I’ve stopped and restarted typing this blog post several different times. I’ve trashed countless drafts and have now ended back up here – starting from the beginning….ground level. So many thoughts have run through my mind, a time of reflection, on different stages of my life. There are a ton of folks in the SQL community who impact me each and every day; so much so that I can’t list them all. If you stop and look around you will be inspired by so many – I think the key here is to actually stop and listen.

I would be amiss however if I didn’t share a few people, some SQL related and some not, who have impacted me heavily along the way. From a SQL perspective I can say without a shadow of a doubt I would not be involved or plugged in if it weren’t for Chris Shaw (b|t) taking his time and investing in me early on. I met Chris back in 2011, my first PASS Summit. He has not only been a mentor to me but a great friend. He took a chance on me when he didn’t have to and for that, I will always be thankful.

From a business perspective, Brad Cunningham and Chris Howard have played an integral role in my career path and development. Without them, I doubt I would have been pushed as much as I have to be the best that I could be. Having an open mind to doing community work within SQL is not found everywhere; they have shown me what a true data professional looks like with integrity, character, leadership, mentorship, and an attitude of you can vs. you can’t.

Then there are the naysayers. You might say this is rather odd to have in here, but for me, it isn’t. I’ve had people tell me my whole life that I couldn’t do this or I couldn’t do that. I guess you can say I’m in the business of proving people wrong. From the basketball days on the courts to the coding and DBA work of today, to the board meetings of various groups I’ve heard I can’t – – all that has done is provided the fuel within me to push myself and say I can. So, you see, in essence, they deserve just as much credit for inspiration. There are a lot of times when I felt like giving up in many areas….then that small voice of “hey you can’t” chimes in. That extra strength then comes through.

Thanks Ewald for hosting this month. Was a great time of reflection for me; so many numerous people who have inspired me on this journey. Definitely too many to list in one sitting.

1 thought on “TSQL Tuesday #96: Folks Who Have Made a Difference” 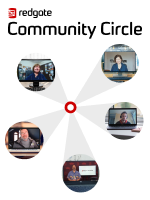